As watchmen and prophetic intercessors, our assignment is to scan the horizon for potential dangers, loudly and clearly proclaiming the authority of God.

This was brought home forcefully to me one day when I was alone, waiting quietly upon the Lord. The voice of the Holy Spirit came to me saying, “It is time to make a worldwide impact by calling forth the watchmen to the prophetic power of proclamation.”

“The prophetic power of proclamation”—for me this was like the final piece of a puzzle, and from that point forward I began ministering out of a higher vision.

Watchmen on the Walls

The picture was clear to me, because I had seen it in the book of Isaiah:

“On your walls, O Jerusalem, I have appointed watchmen; all day and all night they will never keep silent. You who remind the Lord, take no rest for yourselves; and give Him no rest until He establishes and makes Jerusalem a praise in the earth.” 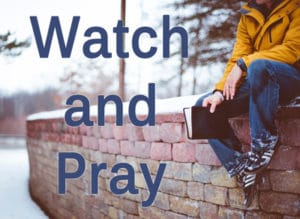 To state the obvious—if we are on top of the walls being watchmen, we are not down on the ground observing and participating in whatever is happening on a horizontal plane. We are to remain up high at our posts, because that is the only way to get an overview. As watchman-intercessors, the height of our revelation will determine our perspective.

If as watchmen on the walls we are to never be silent day or night, what are we to say while we are up there? We are to remind God of His Word—the promises and proclamations of Scripture as well as the promises currently in the Father’s Heart today. It is as though we have been issued megaphones in order to echo God’s Word to the world around us.

There is more than one way to dismantle the darkness around us. We don’t always need to fire arrows or use weapons. More often, we can proclaim God’s blessings, which supplant the curses afflicting the people and territory we have been charged to watch over. Blessings and praises proclaimed wholeheartedly often break the power of a curse better than rebuking it directly. “Bless those who persecute you; bless and do not curse” (Romans 12:14). The power of a blessing is greater than the power of a curse.

As watchmen on the walls, our job is to pray God’s promises, praise Him with our whole hearts, and release proclamations of prophetic blessings. As we do so, we will grow increasingly secure in our identities as sons and daughters of the Father. This increased security keeps us from ambitious and self-serving efforts to do prayer “exploits,” while producing results that surprise us with joy.

Let me give you a clear example of how this works.

Once I was ministering in Bangkok, Thailand, where due to the predominance of Buddhism, literal curses abound. In a series of teachings, through a translator, I rather methodically presented the causes and cures for curses. I pointed out that Jesus addressed demons directly in the course of His ministry, and the material I taught was well received.

But when the subsequent ministry time finally came, I did not follow a typical approach of individualized personal ministry. Through a series of dreams beforehand, the Holy Spirit had shown me a different way. I started releasing the “opposite spirit,” the spirit of blessing, over the assembled crowd. In this situation, no one laid hands on anyone else. I led the people in corporate declarations of blessings and the faith level began to rise. Everyone was eagerly participating together! The afternoon session ended with an expectation that more would come during the evening session.

That evening during worship, a lady started dancing her way across the front. I did not know what was so special about that, but people were really reacting in surprise and excitement. I turned to my interpreter and asked, “What is happening?” He said, “Oh, don’t you know?” He then explained to me that this woman had been in the meeting earlier that day. She had come in a wheelchair because her entire right side was paralyzed. Apparently she had been going from doctor to doctor, but no one had been able to help her. She was ready to have one more MRI the following week, but she was facing a life of major paralysis. 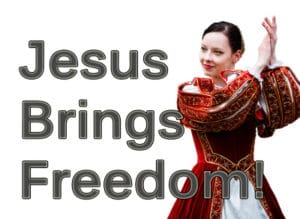 That afternoon, with no one laying hands on her, she had confessed and renounced some generational sins as I had instructed, and when I started releasing the power of the blessing, she got struck by a “lightning bolt” of Holy Spirit power and was healed in an instant. That night she was offering thanks to God—doing what she was not able to do before. She was healed!

Proclaim for All to Hear

We do not use the words “proclaim” or “proclamation” often in our ordinary speech. We prefer synonymous words such as “announce,” “publish,” “invite” or “declare.” Let’s revive proclamation as one of our best ways to give expression to prophetic intercession. Let’s “cry out,” “pronounce,” “herald,” and even, “decree.”

We speak on behalf of the King, do we not? As His own sons and daughters, we can proclaim God’s truth with joyful confidence in any situation.

Consider a few Scriptures of proclamation:

“I will proclaim the name of the Lord. Oh, praise the greatness of our God! He is the Rock, his works are perfect, and all his ways are just. A faithful God who does no wrong, upright and just is he.”

“You will also decree a thing, and it will be established for you; and light will shine on your ways.”

“The Spirit of the Sovereign Lord is on me, because the Lord has anointed me to proclaim good news to the poor. He has sent me to bind up the brokenhearted, to proclaim freedom for the captives and release from darkness for the prisoners, to proclaim the year of the Lord’s favor and the day of vengeance of our God, to comfort all who mourn, and provide for those who grieve in Zion—to bestow on them a crown of beauty instead of ashes, the oil of joy instead of mourning, and a garment of praise instead of a spirit of despair. They will be called oaks of righteousness, a planting of the Lord for the display of his splendor.”

“What I tell you in the darkness, speak in the light; and what you hear whispered in your ear, proclaim upon the housetops.”

Instead of only praying problems, begin to proclaim solutions.

Each time you and I proclaim the power of God over our lives and the lives of the people around us, the Holy Spirit’s words to me come to fruition: “It is time to make a worldwide impact by calling forth the watchmen to the prophetic power of proclamation.”

Let’s make full use of the power of proclamation. Let’s decree things, and see them established. Let’s fill our mouths with vigorous words of praise—and we will see whole cities transformed for the glory of God!

A Watchman on the Walls,